When it comes to Hollywood's A-list, there is Leonardo DiCaprio, and then there is everyone else.

I first noticed him as a child actor in Growing Pains. I enjoyed him in What's Eating Gilbert Grape and The Quick and the Dead.

But he exploded into my mind in Basketball Diaries. Recognition became admiration during that raw and gritty movie. Three movies later, he burst into super-stardom with his role in Titanic.

After that, he redefined acting. Playing a variety of roles, he made it look so easy. I won't bore you and list off every movie, but I don't think any actor has ever appeared in two movies that were as good as The Departed and Blood Diamond - in the same year.

He deserved two Oscars for "leading man" that year.

I'll stop rattling off movies now. Suffice it to say that since those Basketball Diaries days when I was a teenager, there has only ever been one actor that I never dreamed of meeting, the only one that I could ever dream of meeting.

That all changed one night when dining out with my best friend, who happened to be visiting me from our old home town, Montreal.

Sitting outside the restaurant, I was enjoying my post-meal cigarette (the only one that I allow myself). A dark van rolled up. I couldn't believe my eyes when Leonardo DiCaprio himself, followed by girlfriend Toni Garrn, friend Lukas Haas and several others, emerged from the vehicle.

For a moment, time stopped. Everything felt surreal. It couldn't be.

Since moving here, I have seen so many celebrities in Anguilla that I rarely write about them anymore. I have never, though, gone up to speak to any. That night, I would be making an exception, putting my dignity on the line.

Cigarette extinguished, bill paid, I made my way over to their table. Shaking (hopefully not visibly), butterflies in my stomach, I had never been more nervous in my life. Surrounded by high-profile, fit and good looking young Hollywood types, including Tobey Maguire(!).

Talk about an intimidating situation!

I suddenly felt very, very tiny. The closer I got, the tinier I felt... 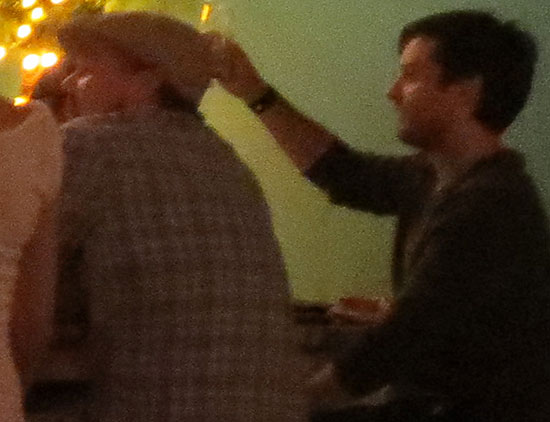 I managed to squeak...

"I'm so sorry to do this. I know you're on vacation and I hate to be that person. But this is a once in a lifetime opportunity. I know this will never happen again."

With my best friend by my side, I felt better knowing that my vocal cords had not let me down. I continued...

"It's just that, I have to say that we are more than just your biggest fans. My friend and I have loved everything you've done since we were 15 years old, watching Basketball Diaries."

I suspect he has a soft spot for that movie. He had not looked at me until I mentioned it. He turned quickly, looking me square in the eyes...

"I'm glad to hear that, Nori. I really love your work with Anguilla-Beaches.com. I'm a big fan."

No, OK, he didn't actually say that. His actual words...

"I'm glad to hear it. That means a lot. Really, thanks so much for saying so. It's great to meet you," and he smiled.

He smiled! At me!

It was perfect. I wished him well and we floated out of the restaurant.

A local friend had seen me talking to him and sent me an email about that evening. Luckily, she also attached two photos taken by phone, to share with our readers.

Over the next couple of days, there was not a single word about Leo being in Anguilla.

More on Leonardo DiCaprio in Anguilla

Locally, however, the grapevine started to buzz. We learned that he was visiting the island aboard Seven Seas, the Steven Spielberg yacht that Leo borrows from time to time. 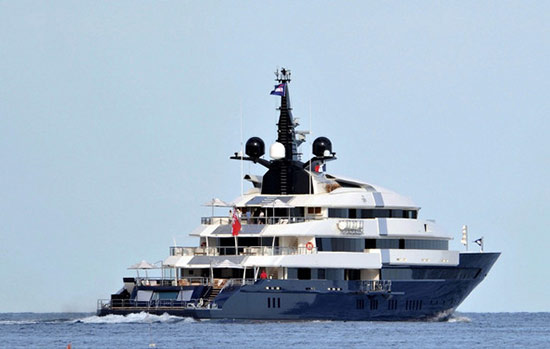 I would love to hear that phone conversation... "Hello, Steven? Leo here. You using the yacht around the end of March?" It's a different life. But I digress...

They spent one afternoon at Prickly Pear. The crew unloaded and set up full-sized tents, couches and a DJ booth, all on that island's postcard-perfect beach.

A friend of ours happened to be on Prickly Pear that day. Cool as cool can be, they invited him over to hang out with them, dancing and enjoying the afternoon.

They also visited Sandy Island. This photo of that afternoon was taken by his girlfriend, Toni Garrn. She posted it to Instagram after leaving Anguilla...

Part of the Leo Party,
Sandy Island in the Background 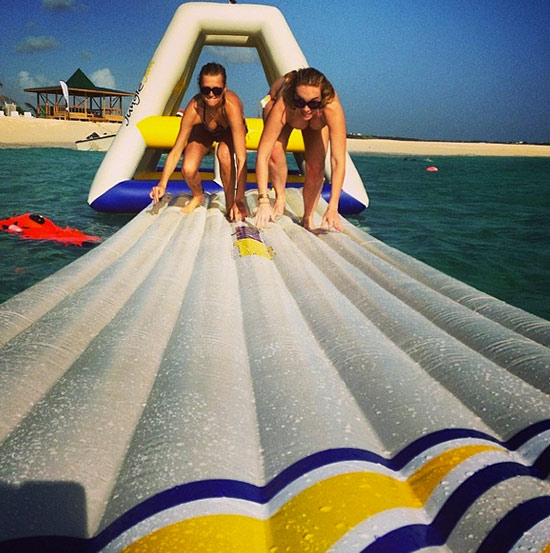 A few days later, they were found by the paparazzi in St. Barths... 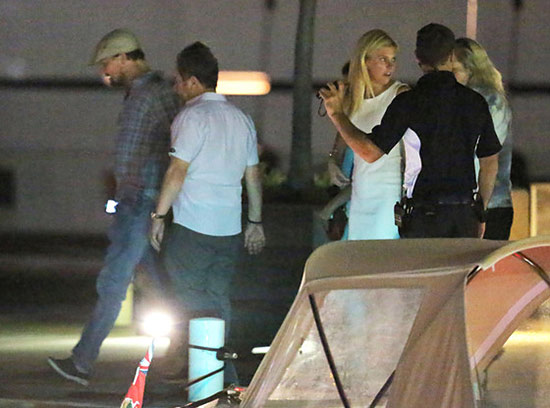 I had faced a real dilemma in deciding whether to share this Leo encounter immediately. I did not want to spoil it for him. If I had posted this page right away, the pap'z would be here in Anguilla within hours

I could not resist tweeting a "teaser," though.

The sole member of my AAA-List, the most sought-after actor in Hollywood, and the (OK, arguably) most talented, too... yet still so gracious and genuine. I will be forever appreciative to have those few moments.

Now that they have left, and now that his whereabouts are known, I share this "memory of my lifetime." I've seen The Departed (my favorite Leo movie) perhaps 20 times.

Now, though, he really is the departed.

Leo has left the island.