Each of Anguilla's beaches has their own personality and charm.

Variations between sand, slope, views, current and color can't be denied. It's part of what makes Anguilla so unique - a small island with so many variations of beaches - all breathtaking.

One of Anguilla's larger beaches and easy-to-walk beaches is Cove Bay. 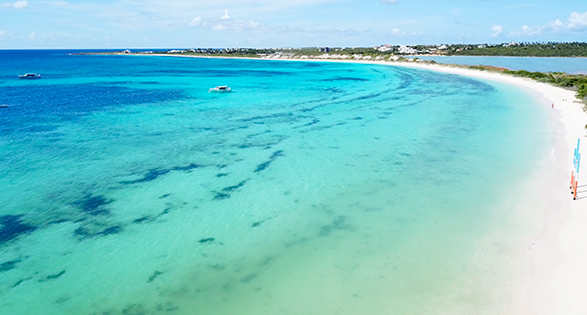 Cove Bay is located on the southwestern side of Anguilla. It's not quite as large as its neighboring bay to the east, Rendezvous Bay, but is similar in that it faces the same direction (overlooking St. Martin) and is shaped similarly too, especially when viewed from the air.

I like to think of Cove Bay as the second biggest of the beautifully scalloped edge of the southwestern end of Anguilla.

Cove Bay is mostly quiet with only one abandoned building on the entire bay - Smokey's At The Cove.

Let's start on the eastern end of Cove Bay.

There is a small wharf on this side, mostly used by fishermen and recreationally, not industrially, so there's not high traffic to and from it and it's not noisy at all.

Also on this end, visible from the beach, is the perimeter of a collection of luxury villas that border the Greg Norman Golf course (formerly the Temenos development).

The Cove Bay wharf and St. Martin beyond 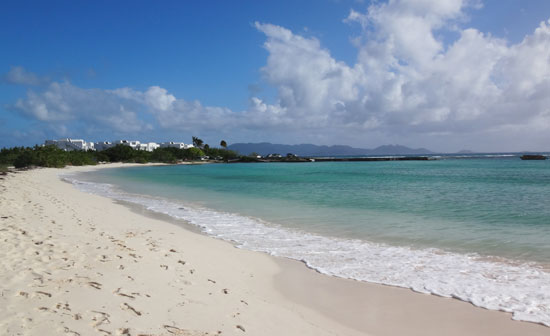 As you move westerly along the beach from this end of Cove Bay, you'll come across the popular Smokey's At The Cove, now permanently closed.

Smokey's was a popular Anguillian family-owned restaurant and bar, most heavily frequented on Saturdays for lunch, live music and dancing.

Look at that water! 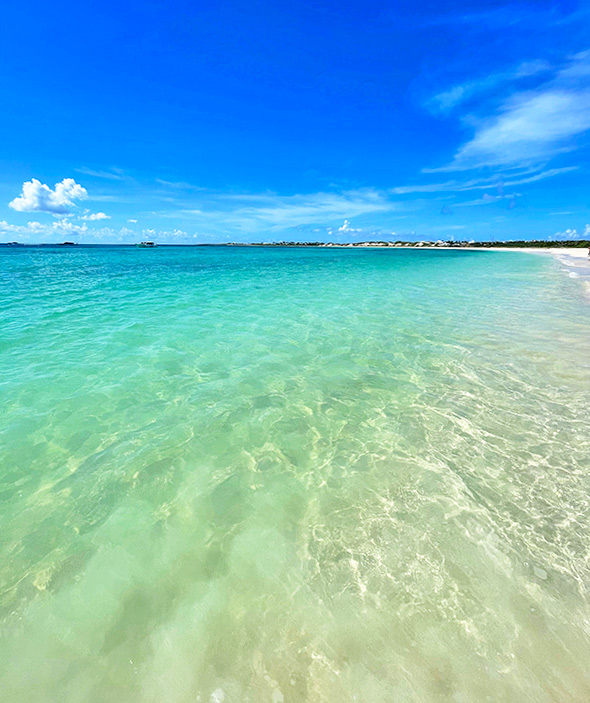 Look out from Smokey's and you'll be facing the western side of St. Martin... it's very easy to see from Cove Bay.

Look ahead and there is nothing but sand and dune!

It's a glorious sight and one of the reasons why so many love Anguilla, and specifically "the Cove."

Nothing but dune, sand and sea! 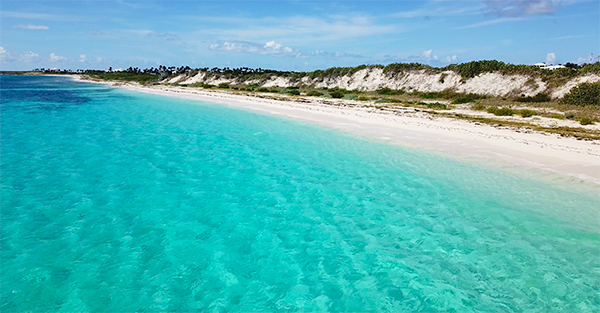 What you will find on the beach's western end, depending on your timing and conditions, are kitesurfers, horseback riders, walkers and swimmers.

And if you walk all the way to the far western end, you'll reach the point between Cove Bay and neighboring Maundays Bay, home to the gorgeous luxury resort, Cap Juluca. 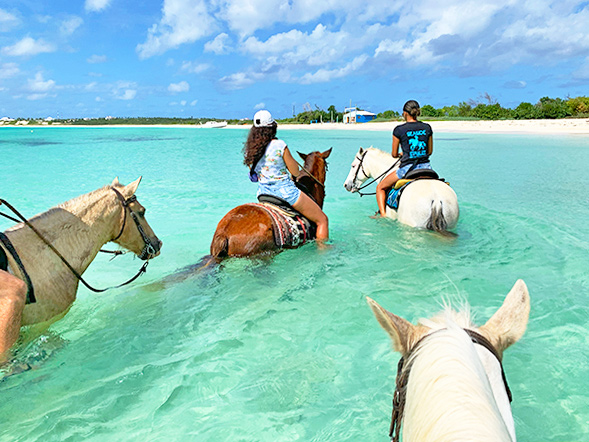 Look back at how far you've come… you may have had the entire bay to yourself. It is possible!

If you are on Cove Bay as it nears sunset time, stick around. The sun sets just over the dune point to your right (if you are mid-bay and facing St. Martin). It's another spot to take in a sensational sunset in Anguilla. 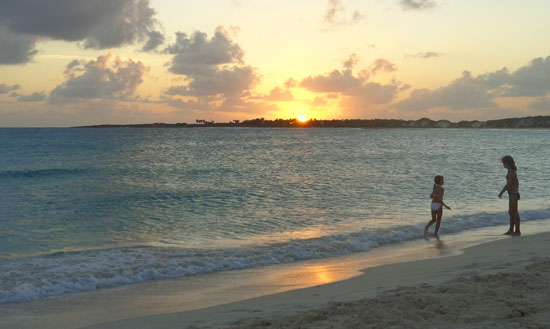 From sun up to sun down, anytime is a good time to visit Cove Bay :-)