It was just supposed to be any other Anguilla vacation... Swim, sun, sleep and eat some of the tastiest food ever.

But it never is.

This year it was all about the Anguilla accommodations! We were staying at world renowned resort... CuisinArt!

My sister and I were overjoyed and full of excitement! My Dad was anxious to stay in the classy hotel too, but obviously not as much as us kids were. That was until he heard an interesting piece of news...

Jimmy Buffet was scheduled to play on Anguilla during our holiday! In fact, right next door to CuisinArt at Bankie Banx's Dune Preserve for Moonsplash.

But then he read the show time. Jimmy Buffet was going to start his set just as we would be boarding the Fun Time boat back to St. Martin to catch our flight home to the ice and cold.

My Dad isn't one for moping and whining though, and the days leading up to the event we did some asking around. Where was he staying? Maybe we would run into him!

Talk about the worst kept secret on the island! The first person we asked simply said, "CuisinArt." Now that could make getting a photo with him a lot easier! But we never did catch the man himself...

Thirty-five-hundred people did though! Yep, Bankie Banx was selling 3500 tickets for the event. At first I was skeptical, will 3500 people really show up?

The day of, I was proved wrong! 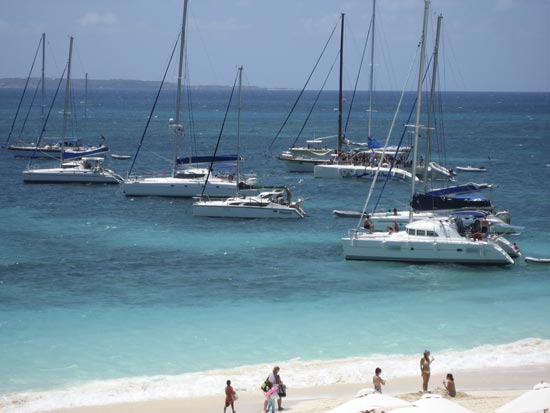 Early in the morning there were two boats in the harbor. And then four. And then eight. And then sixteen. 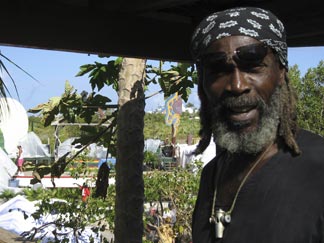 Before things got beyond hectic, my Mom and Dad ran over to Bankie's to see to what was going on.

Bankie was certainly not calm, relaxed and taking it easy today!

He's such a kind man though and even let us snap some photos of the stage. 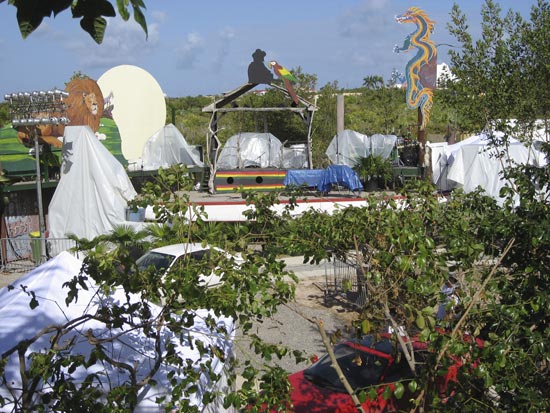 Pretty soon there was a long line up outside of Dune Preserve, and the number of boats on the beach had grown to more than thirty!

The beach was swarmed, the hotel swamped and even helicopters were circling! 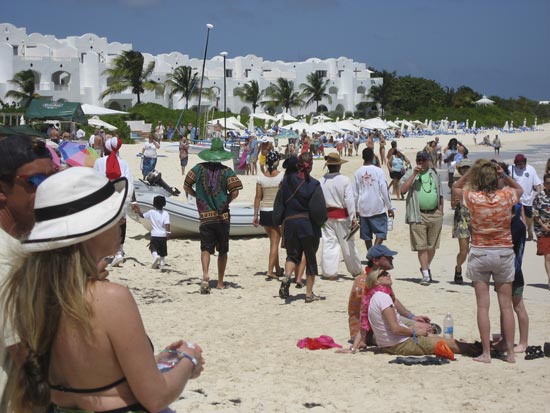 All of the buzz and excitement made it 10x harder to leave Anguilla.

At least Jimmy Buffett put some photos from the show up on his site, and the show will be released as a DVD! 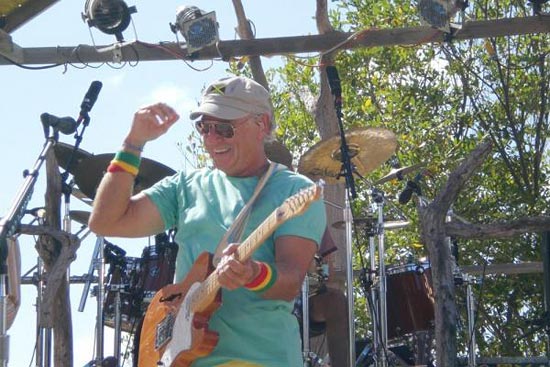 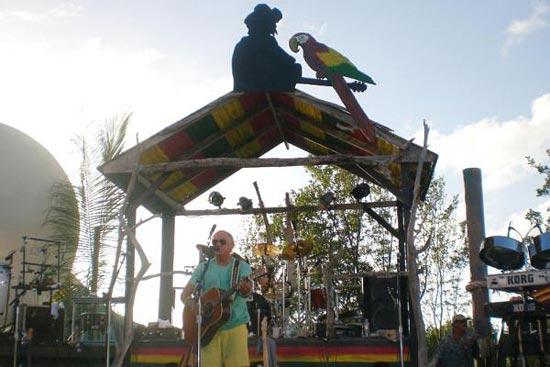 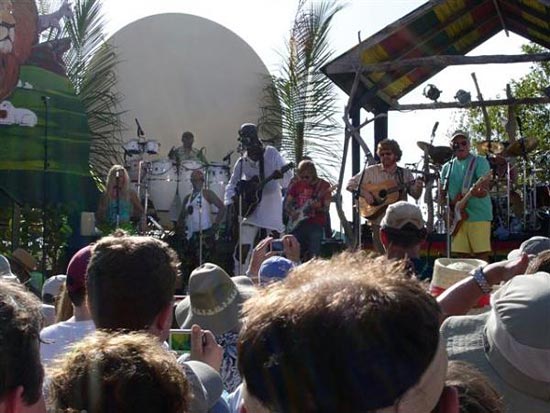 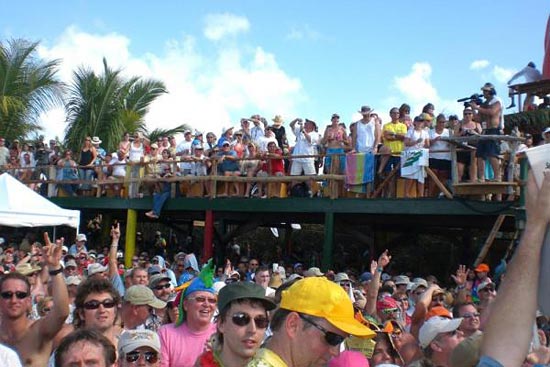 Ahh... What an exciting event!

This year it's Jimmy Buffet.

Next year, Jimi Hendrix will be revived from the dead, have a gig in Anguilla, and he'll somehow miss that too!